For those who want it all!

We have the luxury to host in Greece one of the rarest sights: the island that dominates the sea with it’s huge hexagonal columns, made of lava, also known as “The gates of Hell”. Milos is a rare diamond, hiding priceless stones, history and beauty.Love is all over the island, as the great “Venus of Milos” affects everyone!

Don’t expect to escape from “falling in love” with all of this beauty you have to endure, if you desire to get on this sailing boat that awaits for you, with it’s special crew on it, ready to sail away. 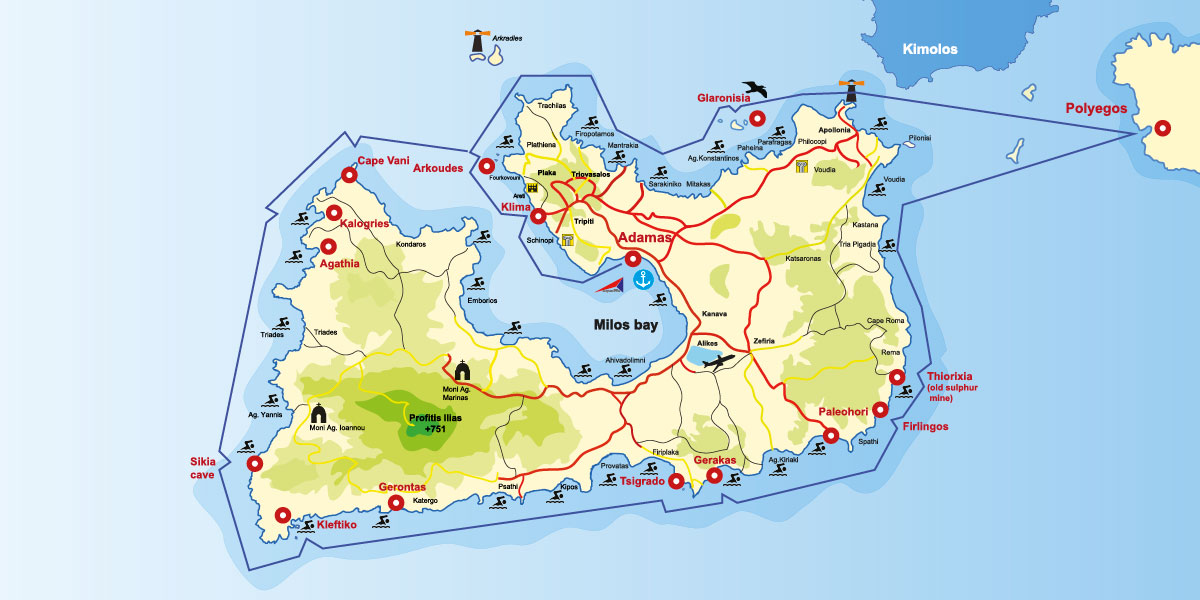 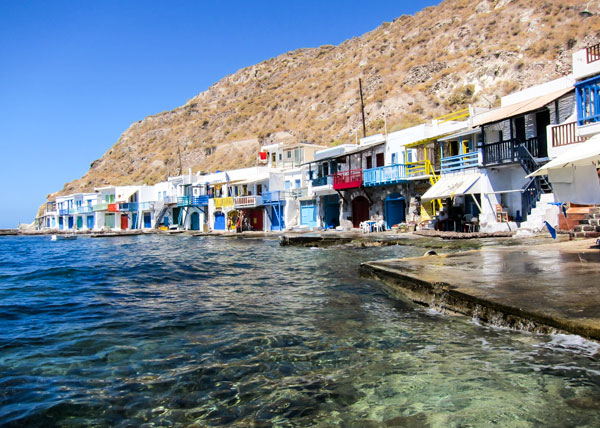 One of the many colourful villages Milos owns. What makes them really special is the fact that the ground floor is used as a garage for the boat, also known in greek, as “Sirmata”. 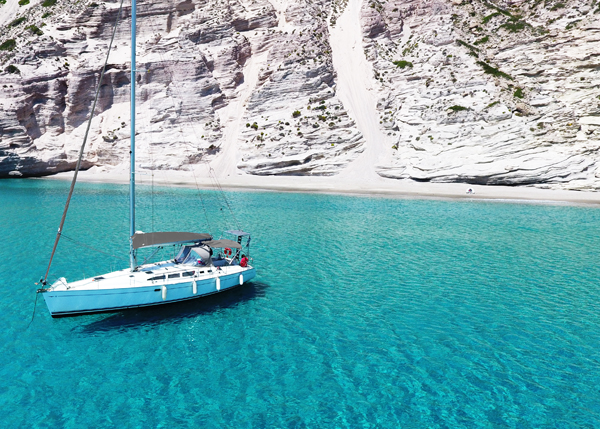 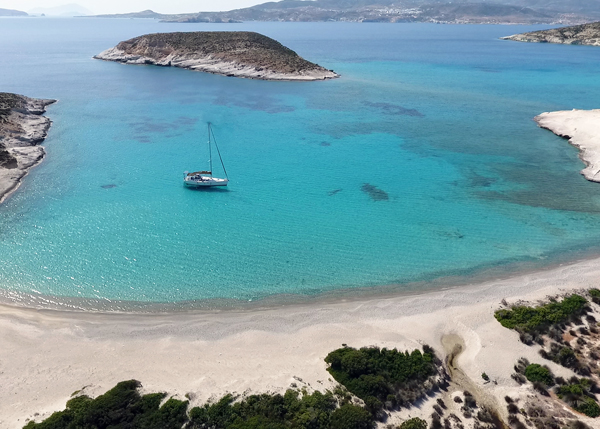 A gifted island with water that can’t be described in words. The swimming pool of the Aegean belongs to one of it’s many bays and offers soul jubilation.

Have you ever visited any pirate hideout? Caves in all sorts of shapes that create the ideal place for sea sports and excursions. So get on a boat to this magical place and ask all about the pirate stories while enjoying the view. 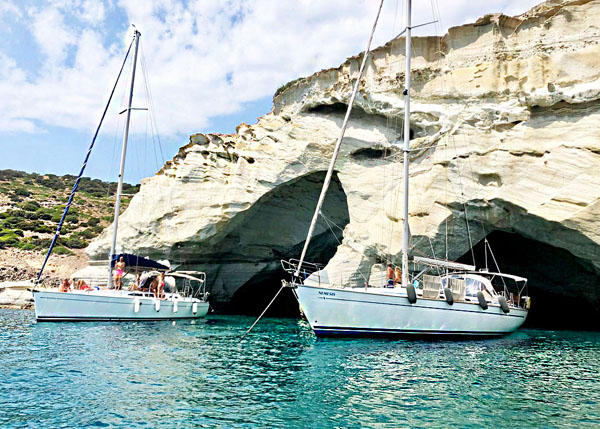 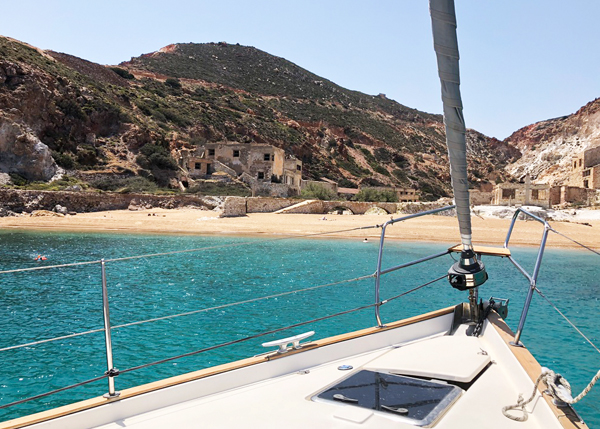 There is great history behind these sulfur mines, as it really did “fight” hard in order to stay operative amongst the years during the last century, where the whole “story” finally got a conclusion. The beach with the yellow water and the red rocks till these days “decorate” the remainings.

A very rare, at global level, “piece of art” shaped in hexagonal columns that were created when lava came out of sea, forming an island that looks as if “taken” out of a fairytale thousands of years ago. A little “heaven”, for photographers, enriched in beauty and history. 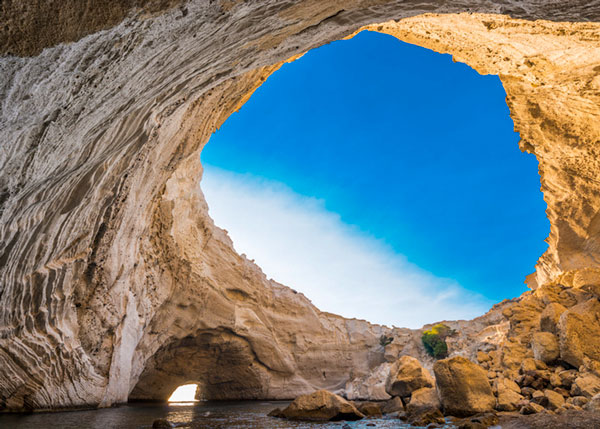 One of the top destinations for the tourists. A roofless cave big enough to leave us speechless, but with a not so large entrance, that allows access only to small boats. They call it Sykia because of a fig tree that used to have it’s roots on the cave’s roof, that no longer exists.

The two guardian bears of the island standing in the entrance of the port. It’s worth mentioning the fact that only few people have the “charisma” to discover the chicken and rabbit before they finally set their eyes on the “beast”. 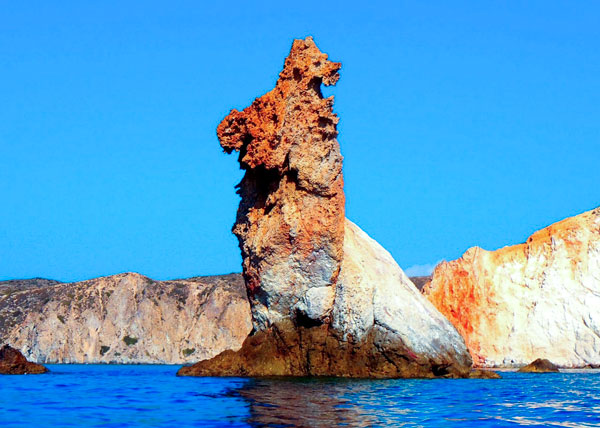 * "Aquatta Yachts" fleet is fully chartered.
The passenger groups as well as the tours above are being organized and chartered, exclusively, by "Aquatta Tours" a touristic office. Licence number: 1172Ε60000839201

We use cookies on our website. Some of them are essential for the operation of the site, while others help us to improve this site and the user experience (tracking cookies). You can decide for yourself whether you want to allow cookies or not. Please note that if you reject them, you may not be able to use all the functionalities of the site.